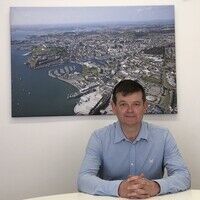 James built his career as a merchant and investment banker and is founder and Chairman of Akkeron Group.

James previously enjoyed a 25-year career as one of the City’s leading investment bankers, from the youngest ever Director of merchant bank J. Henry Schroder and Co. to Citigroup’s Global Head and Chairman of Real Estate and Lodging. He has advised the Boards of large companies in the UK and across the world and has led a wide range of M&A, restructuring and financing transactions.

Since stepping down as an investment banker in 2009, James has spent approximately half his working time supporting the public sector. Until March 2022 he was non-executive Chairman of both the Royal Devon and Exeter NHS Foundation Trust and Northern Devon Healthcare NHS Trust and until 30th September 2016 was non-executive Chairman of Plymouth University. He has also chaired the Plymouth City Development Company, a quango set up to drive economic growth and regeneration in Plymouth and the surrounding area.

Designed and developed by Vertical Plus